We’ve got the makings of a match that’s bound to go down as one of the classics at the DreamLeague Season 13 Leipzig Major as Team Secret are set to take on Vici Gaming on January 25.

Both teams have been at the top of the Dota 2 world for the better part of the past three years, each winning multiple Major tournaments and making deep runs at The International. This makes this arguably the most highly-anticipated matchup of the tournament so far, and a possible preview of the Grand Finals.

With that said, read on below to find our betting analysis and prediction for Leipzig Major 2020’s Upper Bracket Final.

Team Secret and Vici Gaming are basically mirrors of each other. Each player on their roster has an argument to be one of the top five players at their respective positions. Both teams even have the same tendency to play outside of the meta, mostly because they have the personnel to pull it off. Not to mention, both are coached by some of the top minds in Dota 2 in Lee “Heen” Seung Gon and Bai “rOtk” Fan, respectively.

This evenness in talent, coaching, and experience even shows in their match history. They’re currently 7-5 in head-to-head matchups in best-of-three and best-of-five series, with Team Secret in the lead. However, half of those matches ended up going the full three or five games, including their two most recent bouts.

That’s telling of just how evenly matched these two Dota 2 teams are.

Given their past history and current performance, we don’t recommend choosing a side here. Instead, the more logical decision to sit back, relax and to place your money on these two Dota 2 teams putting on a show that will last the full three games. 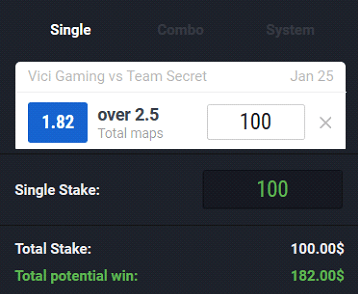