EsportsBettingTop » Blog » Will Dota 2 ESL One Los Angeles 2020 get cancelled? (It did)

Dota 2 fans are getting worried that the coronavirus situation in California is going to escalate over the coming weeks and thus ESL One Los Angeles 2020 will get cancelled. What are the chances of that happening? 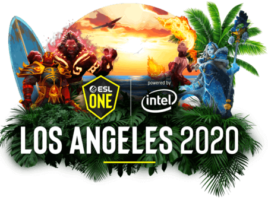 Even though the authorities declared today a state of emergency and they can easily forbid events with attendance over 100 people to get cancelled, it doesn’t necessary mean that the Major won’t take place. As we have seen with IEM Katowice, matches can still be played, although without any spectators.

However, the chances of ESL One LA being stripped of on-site audience are very realistic. As the number of testing in the United States has been extremely low and few local hospitals had test kits, health specialists feel there are hundreds of cases yet to be discovered.

The asymptomatic characteristic of COVID-19 and its long incubation period means that the disease can spread in the community without being detected. As we have seen in other countries, the number of cases is exponentially growing, meaning that you can get from a few cases discovered in a week to a few clusters and then hundreds of cases in 2-3 weeks.

Fans should take into consideration the risk of paying for flights/hotels and tickets and then finding out they cannot watch the Los Angeles Major live. This has happened at IEM Katowice 2020 and unfortunately all ESL could do was refund the participation ticket at the event.